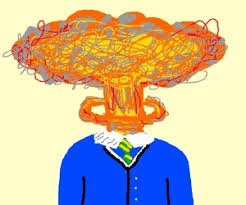 An Ethical Crisis As Well As a Health Crisis

We’re in an ethical crisis as much as a health crisis.

The pandemic is a massive health crisis emerging from an ongoing climate/environmental crisis, leading to a world economic crisis, and resulting in a global humanitarian crisis. The pandemic highlights the ethical conflicts that have led to all of these crises. We, as individuals and as a world community are immersed in an ethical crisis.

I certainly can’t solve the world’s problems, and I’m not proposing that understanding our own personal code of ethics with blunt force honesty will provide any easy solutions. What I do know is that to live with integrity each of us needs to shine an interrogatory light beam into our consciences to examine what drives the choices we make today and in the future.

These past weeks, we’ve watched ethical conflicts playing out across the US. Our president himself is a study in the extremes of a personal lack of ethical clarity, and the widely varying responses of governors to the status of stay-at-home guidelines highlights the impact that personal ethics has on larger communities.

We have the health information we need to make decisions. Our top experts in epidemiology have been clear that if we re-open the economy without the four corners of the box solidly in place, we will see continued spikes in illnesses and deaths. (The box corners are: widespread testing; isolation; contact tracing; and quarantine). We also have the economic information we need to make decisions: the longer we remain in shutdown, the more economic impact there will be, and people will suffer in a myriad of ways as a result.

The resolution as it’s currently unfolding across most of the US seems to be a compromise, a phased reopening in an attempt to maintain relative health and recover some level of economic well-being. A headline in yesterday’s New York Times read: “The Cold Calculations America’s Leaders Will Have to Make About Reopening. With no vaccine or cure, the president, governors, mayors and county executives will have to decide how many deaths would be acceptable to restore a shattered economy.” To what extent our leaders are aware they’re grappling with the concepts and conflicts of ethical philosophy, particularly the conflict between consequentialists and deontologists, I don’t know. I do know they are coping what ethicists call a “moral catastrophe.” After wading through a long article on normative ethics in the Stanford Encyclopedia of Philosophy, I find myself in a deeper tangle of ethical dilemma than I’d thought before I started writing this post.

We’re a country that subsists in an ever-shifting, confusing, conflicting morass of individualism and communalism. In much of our daily lives, we live according to (or in rebellion against) the ethical decisions our leaders have made on our behalves—from our family cultures, to our spiritual beliefs of whatever flavor, to our role as citizens in a democratic republic. We always have a choice about what to believe and how to act, and increasingly we’re recognizing the import of individual actions. We’ve seen shifting of responsibility at legislative levels already, such as when the federal government passed on responsibilities to state governments for making stay-at-home decisions, and when state governments passed on responsibilities to districts for making school closing decisions. As we move through the coming weeks and months, we’re going to see decision-making responsibilities increasingly passed onto individuals.

Each of us will be forced to make difficult decisions (far beyond whether and when to wear a mask) about how we behave as individuals who live in community. The governor of Georgia, for example, plans to reopen some businesses this week. One small business owner stated to NBC news, “I don’t think the governor is doing something wrong…Because it’s your choice to stay home.” By reopening her business, this woman made an ethical decision that has implications for others. By making her choice to open, she has passed on responsibility for further choice-making to others. Customers can choose to patronize the business or not, with only the consequence of residing in a community where the virus might spread more as a result of choices the governor and business owner have made. Employees can choose whether to stay home, but with added consequence. If their workplace is open for business and they choose to stay home to protect their own and others’ health, their choice will cost them their job and any unemployment benefits they may have been receiving—and lead to potentially life-threatening consequences such as housing and food insecurity. What will they do? What will you do when you’re confronted with the responsibility to choose? How do you arrive at your choice?

Each of us has, consciously or not, moral values which are the ideas/principles/beliefs that shape our understanding of what is right and wrong. Our moral values guide our behavior, the code of ethics by which we live. Things are all good when our individual moral principles don’t conflict with the ethical codes we live by—as in, my moral belief is that it is wrong to harm another, so I act intentionally to avoid doing harm. I have a problem, however, if I find myself in a situation in which someone else’s ethical code conflicts with my own (as would be the case were I an employee of a reopening business in Georgia). I am forced to make a choice that has consequences. Do I follow my ethical code? Do I make exceptions? What circumstances would cause me to make exceptions? Do I still have integrity as a morally conscientious person if I act against my moral beliefs?

More than ever before, we’re being challenged to confront our moral and ethical groundings. We and our elected leaders are struggling with profound ethical questions. Is it right to open the economy, to provide a utilitarian/consequentialist greatest “good” for the greatest number, acknowledging that the consequence will be the sacrifice of many innocent lives? Is it right to continue the isolation, guided by the moral belief that life is a right and should never be knowingly sacrificed, acknowledging that the consequence will be increasing economic disaster that may lead to longer term life-threatening circumstances for people? Is it right to risk balancing somewhere in the middle, hoping to minimize this moral catastrophe in half-measures?

I wish I had the answer for myself. I’m working on it. Just a few days ago, I was jaw-droppingly appalled that anyone would consider reopening anything at this point when the virus is still so profoundly uncontained. It flew in the face of my moral principles and ethical code. Then I realized my reaction came from a place of privilege. I have reliable (so far) disability income and, therefore, stable housing and food security. There are millions of people in the world, including many in the US (and including some I know personally), who didn’t have this kind of security prior to the pandemic, and many millions more who have lost or are at risk of losing this security. When economically strong nations falter, it’s not only their citizens who suffer, but also people in developing countries who rely upon their stronger world neighbors for support. So waiting to open the economy will have dire consequences, just as opening the economy will. I have my idealistic vision for how our country and others ought to respond to this crisis (it involves a lot of economic leveling), but it’s not going to happen any time soon or maybe ever. So I’m working within the realities of the now, the realities of a deeply partisan democratic republic functioning within late-capitalism. The attempt to align my ethics with current realities makes my head and heart feel like they’re exploding.

I want to come to a clearer understanding of my own ethical code before I have to make some decisions about my personal life, before I start opinionating to my kids about summer jobs, and before I start hollering about what I believe my country’s leaders ought to be doing regarding the removal of stay-at-home orders. I’m truly curious about where others are in their respective ethical crises. Please share your thoughts!